Baltic DSAs‘ Conference on Entrepreneurship in Riga
May 15, 2012by LTPA 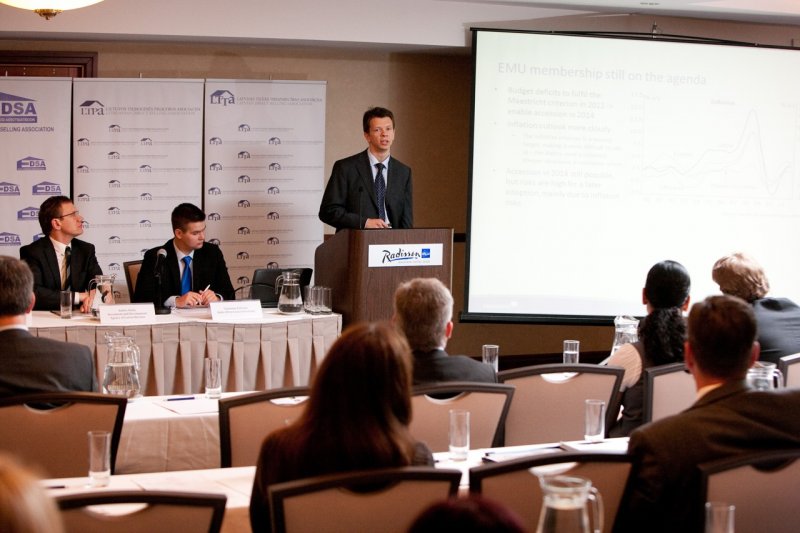 On the 11th of May Direct Selling Associations of Latvia, Lithuania and Estonia in cooperation with AmCham Latvia organized the Baltic Annual Conference on Direct Selling and Entrepreneurship. The Conference was held on the occasion of 10 years anniversary of Latvian and Lithuanian DSAs’ foundation. Leaders of direct selling (DS) industry operating in the Baltics, as well representatives from DS industry international organizations, governmental institutions and media gathered to the Conference.

In the Conference Andris Ozols, the Director of Investment and Development Agency of Latvia, made a welcome address stressing the importance of entrepreneurship and small business for the state economy. Later in the first introductory part of the Conference the Baltic States economic overview and conditions for business by the Chief economist at Nordea Bank Andris Strazds, the comparison of self-employment legal regulation and taxation in Baltic States by the Partner at Spigulis & Kukainis Law Firm Matiss Kukainis and Baltic DSAs’ activity in 10 years perspective by the Baltic DSAs General Secretary Gintautas Zaleckas were presented.

On the last session of the Conference, moderated by the Latvian TV journalist Ansis Bogustovs, 5 successful direct sellers-Top leaders of different member companies from different Baltic States shared their experience how direct sales work in practise, what is the most important in this business, how they managed to achieve such success.